I am always on the lookout for presentations at conferences that are actually given in Spanish on a cultural topic. I love showing authentic film, so I chose a session at #CSCTFL on Spanish film class from Israel Fernando Herrera. He brought up many new movies that I would like to watch, and research more as possibilities to incorporate in my classes. Most were documentaries with social justice or human rights themes. He went very in depth with the first couple of examples, but then flew through the rest very fast at the end. 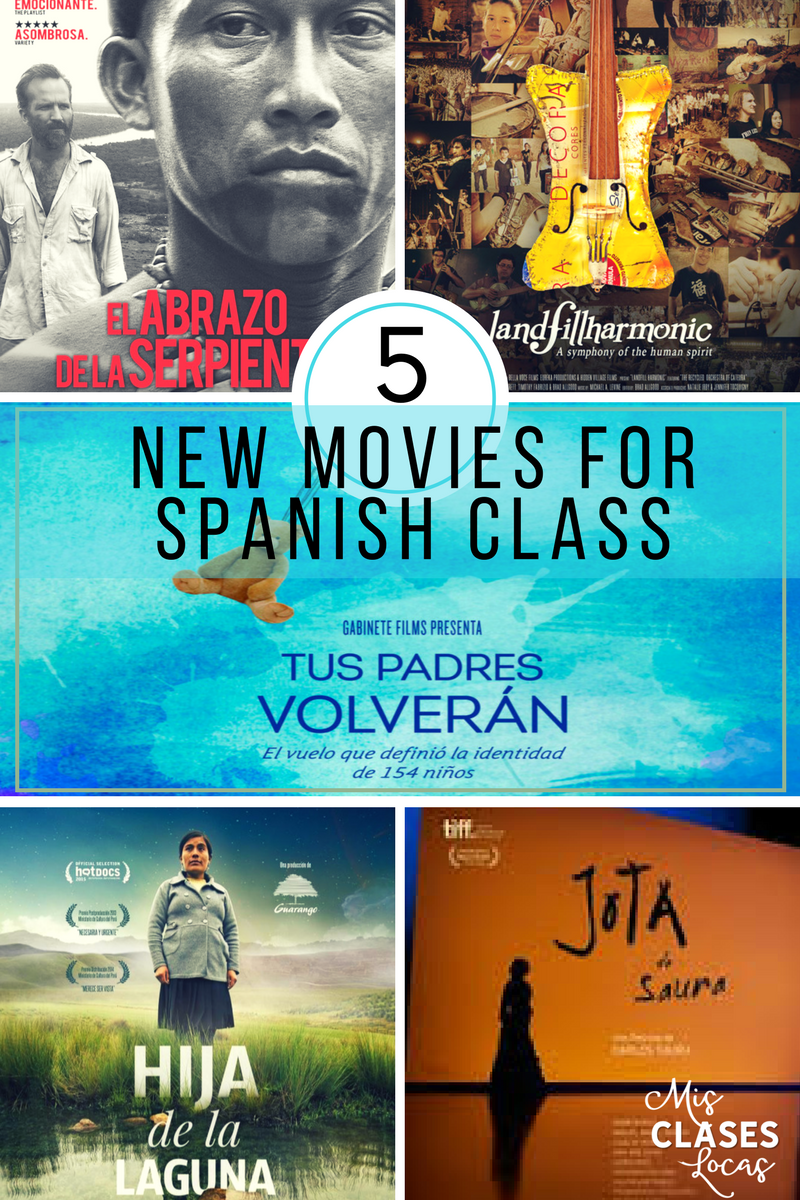 The group actually got in a heated discussion about push back from administration and parents from showing movies with real themes, but I liked the comment, “make your teaching the film about morals, not politics.” This is important for me as I have been reprimanded in the past by parents who thought I was “pushing my political views” by having students discuss real issues, such as immigration in class. Using documents such as the Universal Declaration of Human Rights help guide to what is defined by the United Nations as human rights.


Here are a few films that were brought up. As with anything I share, please make sure to preview it yourself and see if it would be appropriate and work for your particular school and students. I have not yet watched any of these films, but hope to watch them soon!

El abrazo de la serpiente (2015) Colombia
This was the first movie from Colombia to be nominated for an Academy Award. It was made in black and white and is about the indigenous living in the Amazon region. Israel actually interviewed the cast and producer of this film on a radio show which can be found here.


Hija de la laguna (2015) Peru
During the Peruvian gold rush, an Andean woman communicates with water spirits to keep mining companies from destroying the lake she considers her mother. This film focuses on the themes of natural resources, a world without water and doing justice. It would go great with Carrie Toth’s Water is Life Unit.


Landfill Harmonic (2015) Paraguay
Of all the movies presented, this is the one I would most love to show in class. It is about children of the dump who have created amazing, functional instruments from trash that now perform all over the world. It would be great to add to an environment unit, with a cross curricular music connection. It also has the deep themes of poverty and waste pollution.


Tus padres volverán (2015) Uruguay
In 1983 154 kids ages 3 to 17 traveled alone from Europe to Montevideo, Uruguay. Their parents could not come back to their home country due to political exile, but wanted their children to know their homeland and relatives. This documentary would be great for the theme of human rights.


Jota de saura (2016) Spain
This documentary is about a traditional dance of Spain, la Jota. This lesser know folk dance and music of Aragon would be an interesting addition to the other widely known styles. It would make in interesting companion to the film Un tango más (2015) from Argentina.

Other movies to look into

What are your favorite new movies to show in Spanish class?

« Who are you? – Activity for any level of Spanish
What I Learned Observing 2nd Grade Literacy »

So many great end of the year review activities from La Secundaria on Secondary Spanish Space! Which are your favs? I know I would add BLOOKET too! ... See MoreSee Less

When all you want for #mothersday is a nice pic wi

Happy feet up Friday friends! I hope you enjoy yo

Tonight I got to have an hasta luego dinner with t

Does the start of class stress you out? How are we

When it is 80 degrees in Iowa, class outside it is

Question Cards! A new post on the blog all about o