**See all of my El Internado resources sorted by episode HERE! 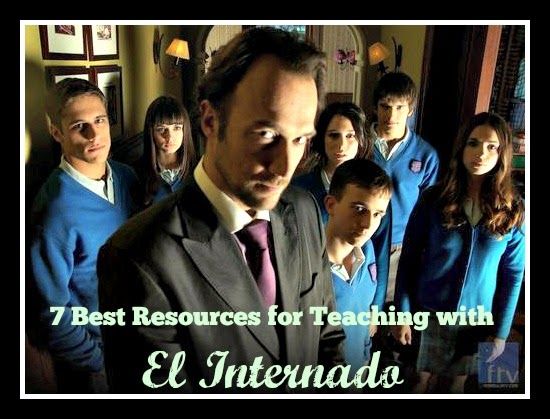 I am sorry for being absent this past week. I spent nap time (AKA my free time) watching the entire season one of the Spanish TV series El Internado. I understand the craze now as I am absolutely hooked. I first became interested as I saw so many of the Spanish teachers I follow on Twitter talking about using the show in class and watching it for their personal use. I bought the whole series on Ebay both to watch myself and with the intentions of using it in my Spanish III & IV class next year. As I have been watching it on my laptop, I have also been taking notes, as well as investigating how other teachers have been utilizing the series in class. I thought I would compile the best resources I have found so far. In no particular order here are the seven best resources I have found so far.

Updated with more posts here
Other shows you might like
If you have other resources, please share!
« Spanish Class Fashion Show
10 things I Learned my 1st 2 Years Teaching »

Start Spanish 1 with a unit focusing on present tense high frequency words.misclaseslocas.com/high-frequency-spanish-verb-unit/Who else has used this unit before? ... See MoreSee Less

High-Frequency Verb Unit to Start Spanish 1 focusing on the Super 7 verbs. Use this unit in person or digitally.
View on Facebook
· Share

So #Lightyear is an action movie disguised as a cartoon.

When is your 1st day of school? Summer has gone W

✨Back to School in Spanish Class Q&A with Mis Cl

✨Posters with a purpose ✨ If I could only have

✨ All the resources to save Spanish teachers tim

✨ How leaving reviews on TPT earns you extra din