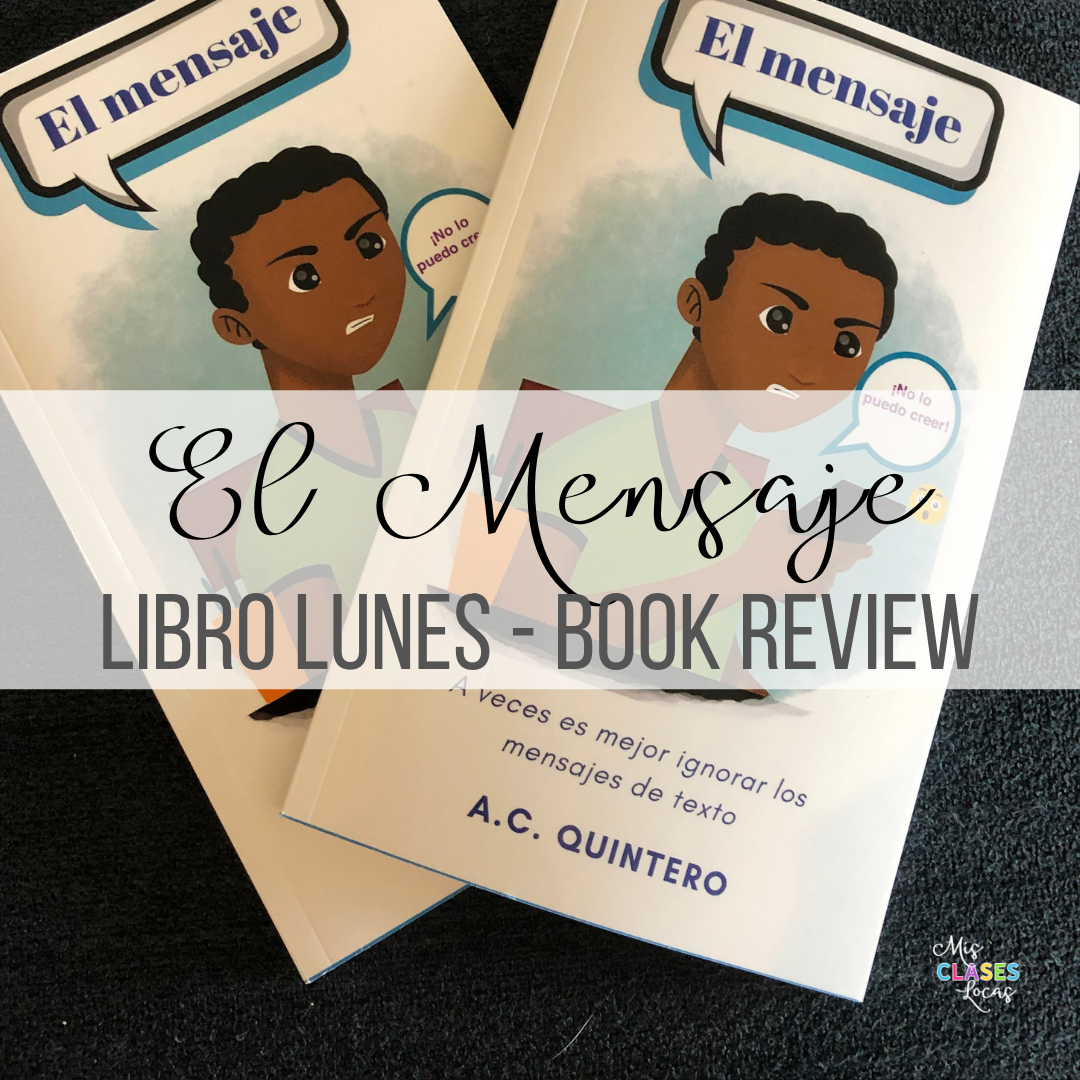 Today’s libro lunes is a new novel from A.C. Quintero, El mensaje. She keeps producing so many quality books for Spanish class, that it is hard to keep up! You can find all of her books on her new website acquinterobooks.com. El mensaje is available with Amazon Prime too.
(To see many of my classroom library recommendations all in one place, you can visit My Amazon Store book list!)
It is a novel for learners of Spanish written with about 200 unique words. I personally think it would be great as a class reader for my late Spanish 1 or Spanish 2 classes. As with all novice readers, I also think they work great to start the year and build confidence in Spanish 3 or 4, as well as use for free reading.
Here is the synopsis from the author.

Adán’s life is turned upside down when he gets an unexpected and heart-wrenching text message from a friend. It is a text about his beloved girlfriend, and it’s not pretty. At first, Adán does not think much of the text, as he knows students love to spread rumors and gossip. He would rather focus on his upcoming test on the capitals of Spanish-speaking countries, than indulge in petty high school drama. But as he considers the last few days talking to Fiona, a startling picture starts to emerge. Why has she been incredibly secretive and avoiding him like the plague? Adán tries to keep his cool. So, instead of going into full panic mode, he hatches a plan. He may be risking everything to uncover the truth, but he knows that the truth will set him free. Will it be worth it?

It never actually says where the novel is set, so it could connect to anyone. It seems it is set in a school in the U.S., but there are many cultural connections naturally woven in. It would be a perfect choice if you are required to cover a “school unit.” This includes food like arepas, the countries and capitals of the Spanish speaking world, geography, sayings, Prince Royce and more.  There is also a lot of fun slang and even texting slang, which would hook teenage readers. The dialogue would be perfect for Readers Theater in class, acting out all of the drama.  There is also a character from Argentina which adds in more culture as well as “vos.” (This would tie in great to the new Netflix show Go! Vive a tu manera set in a school in Argentina).


Like many A.C. Quintero novels, the book is drama filled and I can think of many students that I will recommend this book to for FVR reading. The relationships between students and teachers, partners and friends are relatable and the context is current present day. The main character is also a POC, which many of our students could relate to. I also think it would be a great literature circle option for my Spanish 2 or Spanish 3 students. With the glossary, footnotes and frequent pictures, the cultural slang and dialogue is more comprehensible. The book is written mostly present tense with natural past tense included. It ends on a cliff hanger, so I am sure students will be asking for a sequel to see what happens next!


Overall El Mensaje is a must have book for your Spanish classroom library (along with all of the other awesome books from A.C. Quintero!). 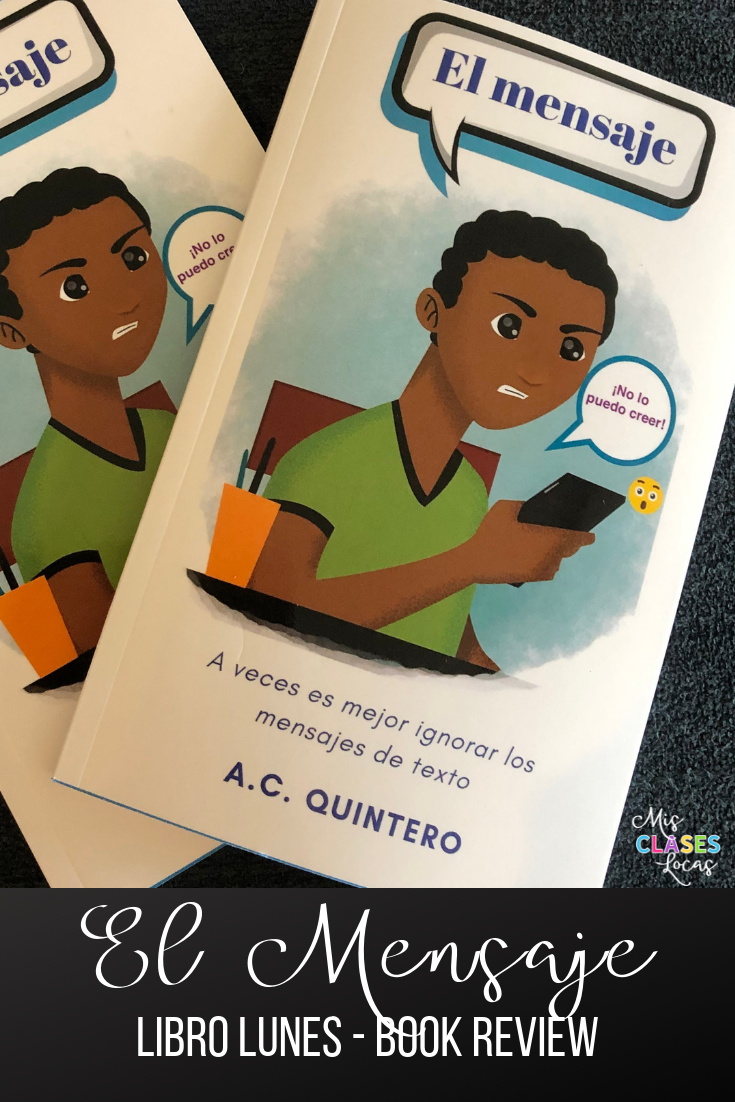 You can read all of the posts with the label classroom library here.


Have you read it? What is your review?