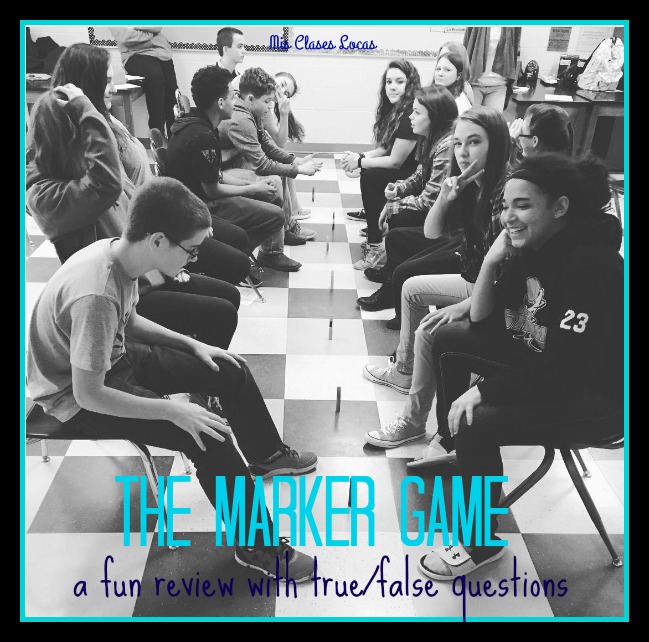 After posting the picture above on social media, I had a lot of interest in how to play the marker game. The original great idea came from Cynthia Hitz in this post. It is a low prep way to review a story, chapter, or chapters of a novel. All you need are true/false statements.
Before starting, I project the rules, which are listed below. When I had tables, partners were across from each other at tables, and the inside circle would rotate after three statements to switch it up. Now that I am deskless, we just set up two lines facing each other. (Make sure students lean down to do a head check to make sure they will not bonk heads. This step may have been added for that reason:)

True statement: students race to grab the marker & hold up.

False statement: students do NOT touch/pick up marker. 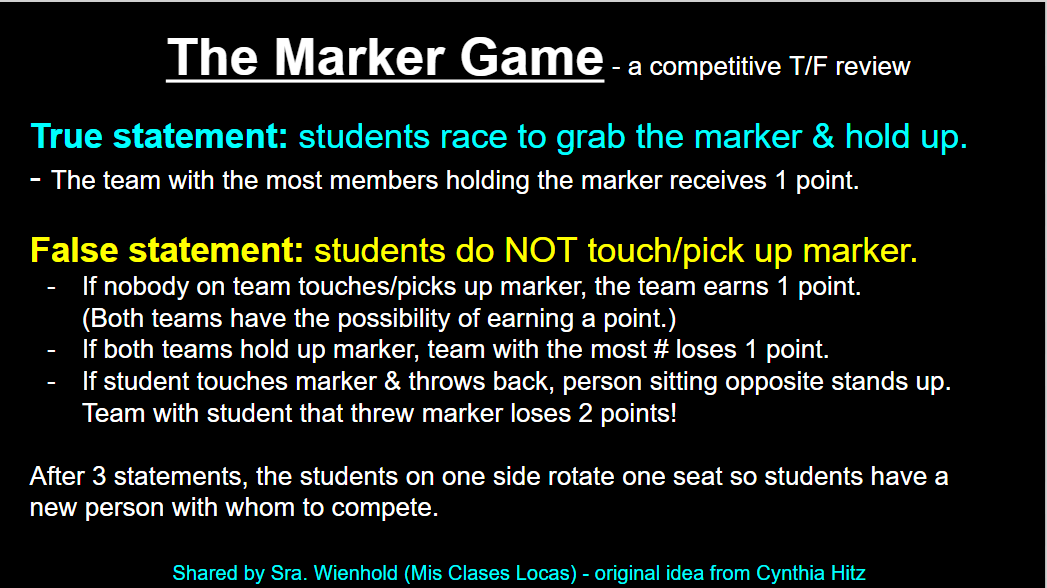 To help out my visual learners, I have the true/false statements projected on a slide. I have them transition in one by one with my awesome clicker as I read them. It helps to also transition in the answer (T or F) after each statement so they can check who gets the point. below you can see an example from chapter 8 of of the novel Brandon Brown Quiere un Perro.

Here are previous posts for novels that include the marker game as well.
La Calaca Alegre – Review of Ch1-5

What are your student’s favorite review games to play in class?