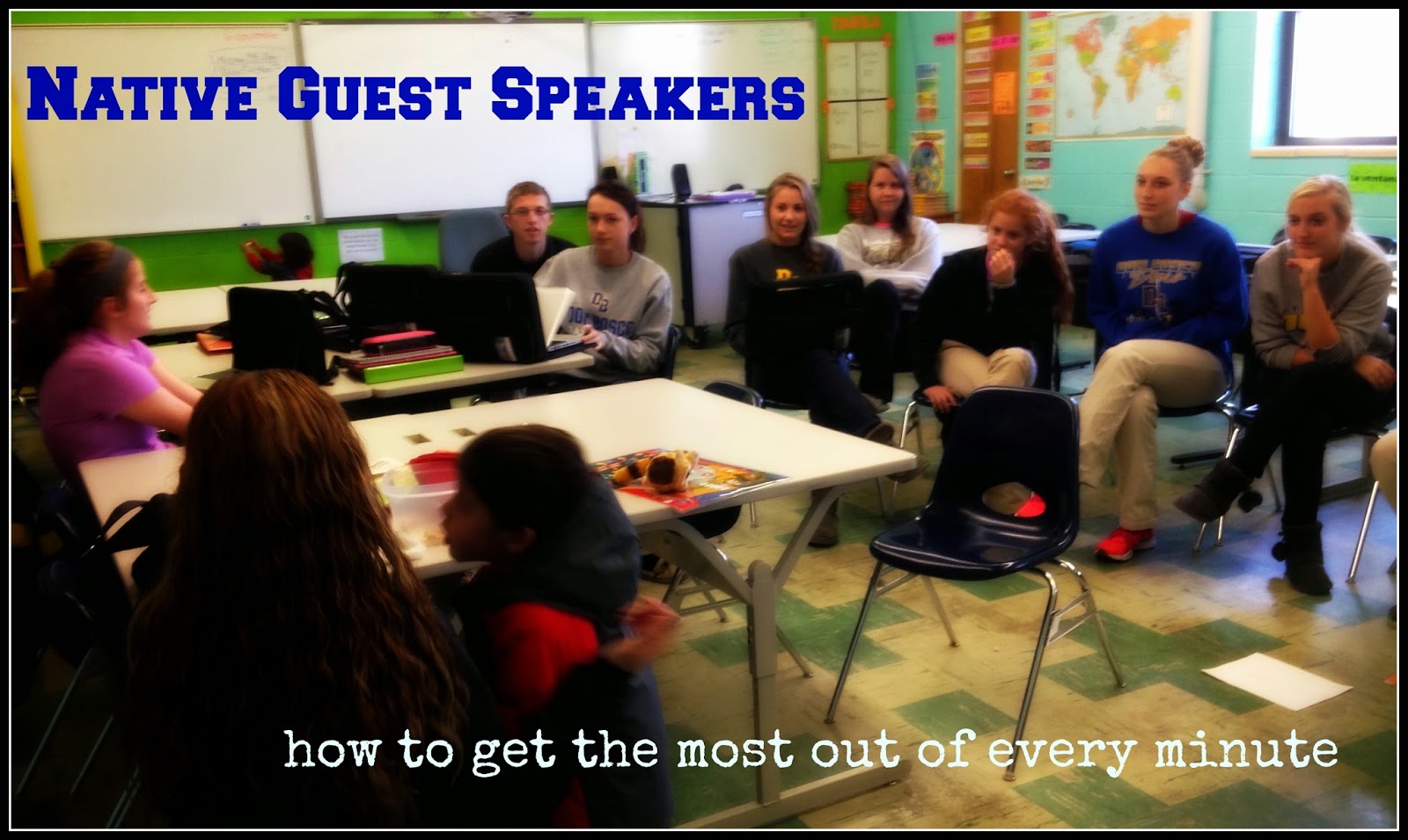 In my post about my goals for the school year, one of my goals was to have Spanish speaking guests.

I also went to a session at IWLA this fall about how to incorporate more native speakers in language classes with Mark Bates and Sharon Wilkinson from Simpson College.

Having native speakers visit language classes should be a given, but in my first two years I had an embarrassing total of ONE guest speaker. Why so few?I would say the overarching reason was fear. As a non-native speaker I was afraid of looking dumb in front of my students. I was scared to reach out to the heritage speakers in the community. Most of all, I was worried my students could not handle speaking with someone who really knew the language. How terrible it that!?! The whole point of learning a language is to be able to COMMUNICATE and USE the language in the real world. I needed to be pushing students out of tehir comfort zones and allowing them the opportunity to practice it with people who grew up speaking the language.
So this year in my quarter 1 newsletter, I asked parents to put me in contact with any Spanish speakers they know. One amazing parent contacted her Spanish speaking co-worker.He offered up his stay at home wife, who is an imigrant from Mexico, to come in and talk with my class, just as long as she could bring along her 4 and 2 year old children. So, I had someone who was willing to come in, now what?
Since Rocio was bringing her children, I wanted to keep her visit short and make sure that she did not need to prepare anything and was able to just show up. My Spanish IV class was preparing to study the novel La Calaca Alegre by Carrie Toth, which focuses around the theme of Chicano identity. Also, this bright and well behaved group would be a warm and welcoming class for a mother and her children.
Before Our Guests
During Class
After Class
Notes for next time
Now that we had such a great experience, we need to bring more speakers in!
« Turning on the English Subtitles
Introducing La Calaca Alegre – Mi Identidad »