I love #langchat for so many reasons. It makes me think, challenges what I am currently doing in my classroom, and most of all give me new ideas and inspiration. A couple of weeks ago the topic was about summative interpersonal assessments. Before #langchat I had made the plan that for each one of my Spanish I-IV classes their final would be composed of the following 3 categories:

Through the chat, I was challenged with the notion that for it to truly be interpersonal, it needed to be them talking to each other, not to the teacher. I had already been planning that my large Spanish 3 class would be speaking in partners, but did not think that my novice Spanish 1 class could handle it and actually carry a conversation, but boy was I wrong. They blew me away! Most of all, having them in pairs shows me they can not just answer, but also ask questions. 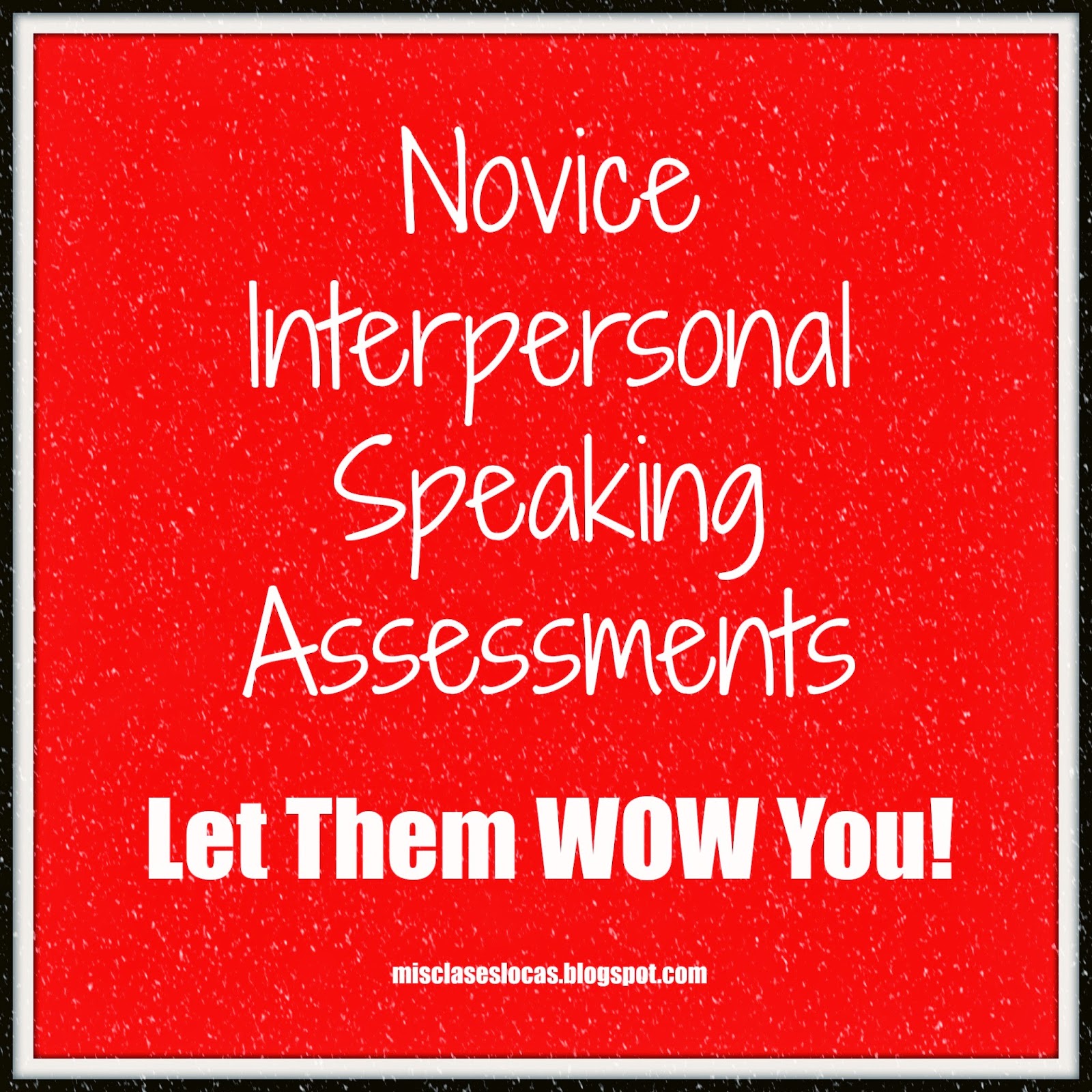 The week leading up to finals, we did some interpersonal activities to prepare the students, to try and ease their nerves. It made me realize that I need to be doing these things on a weekly basis.
On the day of the assessment, you could just feel the nervous energy as they entered the room. I had them fill out their name and information on the rubric and then write C over Novice Low, B over Novice Mid and A over Novice High, while reminding them what they needed to do to archive these levels. When I reassured them that the lowest they could possibly get if they attempted it and spoke in Spanish was a C, there was a collective sigh of relief. Even though I stress it every day, it is hard to get through to them that I just want them to SHOW what they KNOW.
For the interpersonal assessment, I called students up to my desk in random pairs, asked them to pretend that I was not there, and just told them to ask each other questions and chat as if they had just met. I had originally told them to try and ask at least five questions, but in most pairs, I had to stop because they just kept going! It was an amazing problem to have. Yes, most were a novice, memorized questions like what is your name?, Where are you from? or what do you like to do? But, others created their own, and some were asking questions about specific things that happened in Brandon Brown, even trying to trick each other with true or false statements. I left the class feeling so proud of my freshman babies.
I know everyone has been saying this lately, but assessments like this just show how much students gain in just one semester of a class based on comprehensible input. I have students who are HAVING CONVERSATIONS in level one. Two years ago, I was the teacher who gave the 100 questions multiple-choice final test that included asking for definitions on infinitives. I am SO GLAD that I have found the supportive online #langchat and blogger community who has shown me the way. I just feel bad for my now Spanish III, who started their first year with me in a textbook and grammar-driven class and did not have the opportunity for the foundation that my current level I has. All I can do is help them to keep learning and growing.
I am excited to see how they do on their writing today…and to finally start my break on Christmas Eve 🙂
Merry Christmas! – Allison