Mania Musical or March Music Madness in Spanish class 2023. This also includes the evolution of the many brackets, including Mania musical de mujeres, and a Spanish class bracket for elementary students! 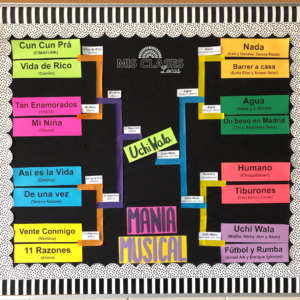 It is about that time of year that everything is all  Mania Musical or March Music brackets. This is my eighth year doing an all-class March music bracket competition. I know there are MANY variations by many different teachers who are desperate to spice up a dreary time of year.

How to Use Spanish Class Music Brackets?

NEW! Are you more of a video watcher, than a blog reader, watch this short video to learn all about how you can use music brackets. >> Music Bracket FAQ Video!

Watch 2 songs per day (from BRAND NEW Mania Musical 2023 Spanish Class Music Bracket) & vote for the winner, who moves on. It takes 15 days or 3 weeks if done every day.

How to vote for Spanish class music brackets?

(I have all classes vote together to keep things easier)

Music Bracket FAQS & mixing it up 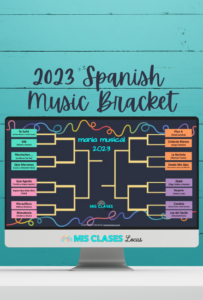 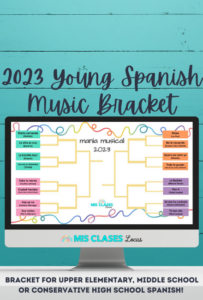 Mania musical over the years

Also, here are my previous brackets, so you can see the evolution. It was not always a fancy astrobrights board for mania musical. I have learned a few things in the last few years. Here is our bracket evolution. 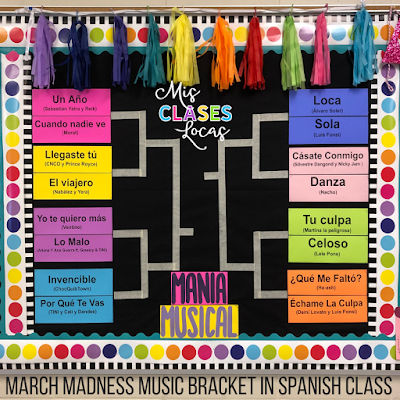 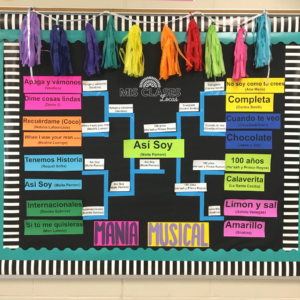 How to make a March Music Bracket Bulletin Board 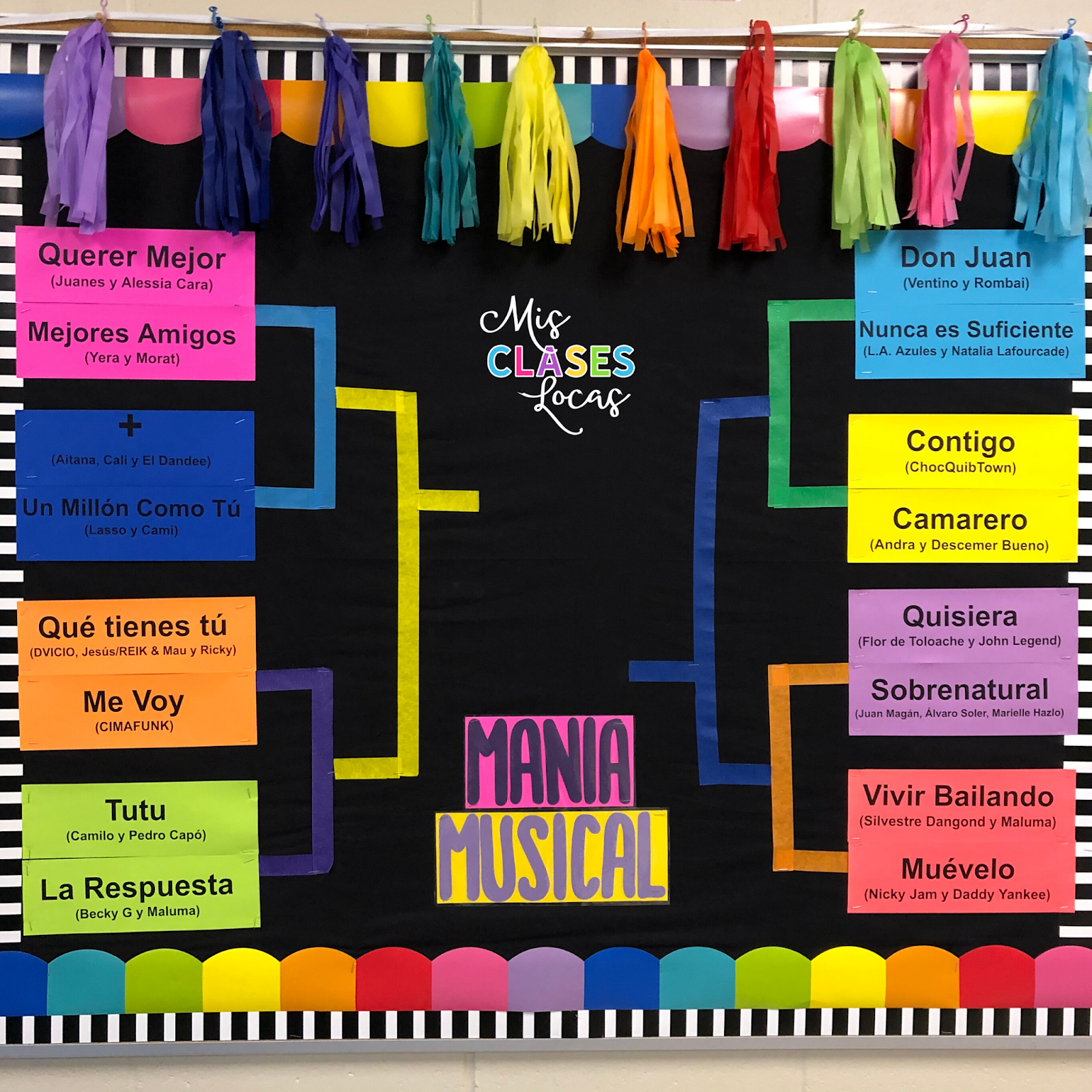 How to make the music bracket lines

(Due to varied space & size make fit your space)

The newest one includes an editable slide show with embedded videos, brackets, a bulletin board & new ready made Google Forms for easy voting. If you already have the bundle, make sure to download the new version. My plan is to keep adding my brackets each year to this bundle.

**Or, if you want the best deal possible on all of Mis Clases Locas music resources all together, check out the Mega Music Bundle.

How to Implement March Music Brackets in Spanish Class

For logistics in 2023, use the resources found in my Brand New Mania Musical 2023. It includes all Google editable resources including a slideshow with artist nationalities, genres, and embedded videos, Pretty Digital bracket, NEW Google Forms for round 1 voting,  large and small bulletin board printouts, and Youtube playlist.

Starting in March all classes watch and vote for one pair each day. (Or you can start whenever you would like!) Then vote via included Google forms, with this free voting form or old-fashioned tally on the board. Finally, to keep it easy for a department of one, all classes have always had the same bracket, and as a school decides who wins and moves on. This way on the giant bulletin board we can all follow along with who is winning.

I have always posted the playlist, bracket, and voting forms on Google Classroom. I used the bracket as a class starter or brain break. Students voted for one match-up each day. We usually started by watching them as a class at the start of class or as a brain break. Once we have moved past round one, students could re-watch them on their own if needed and vote. Additionally, in later rounds, we could go deeper with songs as well if time allows. It takes 3 weeks if you do songs each day.

*Update – I now have music question cards to help support students chatting about music. It includes 56 different questions related to music. The music task cards include the following types of questions. 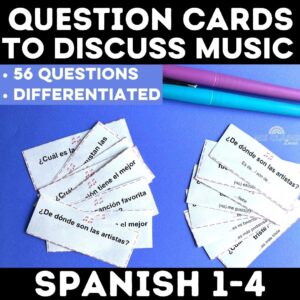 Plus there is also now a NEW Find Someone Who to chat about Music. Tons of options to get students up and moving and speaking in Spanish about music 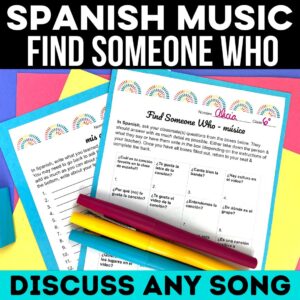 How other teachers use March Music Brackets

I know many other teachers do something similar and each has its own twist. You could do the whole bracket in a couple of days if needed. I personally like to spread it out to give some life to a dreary time of year in Iowa. Some teachers also go much more in-depth with later songs, learning about the artists, analyzing the lyrics, researching for projects, and more.

For example, here is a month long unit plan using my music bracket as the core of a contemporary life unit. It was created by Uxbridge WL and shared with permission here from Molly (@profehendrickx). Please reach out to Molly if you have questions about how they used this unit for March 2021.

For me, mania musical is just a class starter or brain break to mix it up. Finally, if you are using my March music bracket, please post them as you go on social media and tag @mis.claseslocas so we can compare music madness brackets! 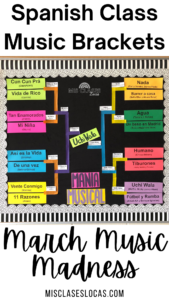